To Ritalin or not to Ritalin?

As I sit here, I try to think of  the right words to string together to complete this blog post. As I am writing this, I find myself having difficulty trying to focus on the task at hand. I begin to get frustrated and on the verge of giving up. It takes every ounce of willpower to refocus my attention to complete the task. With that I begin to think how challenging this disorder must be.

Attention deficit Hyperactivity Disorder (ADHD) affects as many as 6.4 children in the US. as well as 2-5 percent of adults.  ADHD can be characterized by the difficulty of being able to focus on tasks as well as excessive activity. Patients can be broken down into subtypes: hyperactive-impulsive, predominantly inattentive and combined. Controversy is routinely associated with diagnosing and treating ADHD. Most common treatments that are prescribed by doctors are stimulants and antidepressant medications as well as behavioral therapy. This is where CBD comes in as multiple studies indicate that CBD and CBD dominant cannabis strains may have the ability to restore natural balance.

ADHD goes beyond being able to sit still for a period of time; it is a lack of focus and patience as well as restlessness. What may seem as daily simple procedures to most such as driving or your general work/school duties can become gargantuan tasks when your brain is constantly redirecting itself from what you are trying to accomplish. A staggering 10% of children in the US alone have been diagnosed with ADHD causing challenges such as poor performance in school, poor physical and mental health and poor self image to name a few. The challenges only tend to worsen as they get older without the proper coping mechanisms. Teens and adults with ADHD can struggle with substance abuse, unstable relationships as well as suicidal tendencies.

The typical human tends to draw energy from stimulants. ADHD brains have the opposite reaction with stimulants and in fact provide a sense of calm and relief. Most drugs for this disorder work by making more dopamine available, which helps regulate behavior and focus attention. These pharmaceutical “solutions” which are typically prescribed come with significant side effects, particularly with children. Furthermore the long term benefits are still in question.

So why CBD? There is a small amount of data available at the moment and the research and data will only continue to improve as society accepts this medicinal plant for its natural healing properties. One theory is that  ADHD is a manifestation of an endocannabinoid deficiency. Cannabinoids, like CBD, interact with the brain’s production of dopamine, which in turn may alleviate ADHD by increasing dopamine levels. This is similar to what the prescribed stimulants do, however without the negative side effects. Ritalin and Dexedrine amphetamine act by binding to the dopamine and interfering with the metabolic breakdown of dopamine. This herbal supplement (CBD) has also been shown to add value when dealing with sleeplessness and anxiety , which happens to be symptoms of ADHD. If you are currently on medication for ADHD and before you go off the rails and dispose of your medications, we urge you to consult with your physician. There is still more data to be discovered, however the existing data and research is promising. 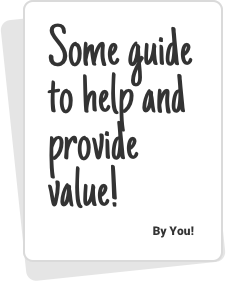 Start your CBD journey with us risk-free.

We use SSL encryption to protect your information.